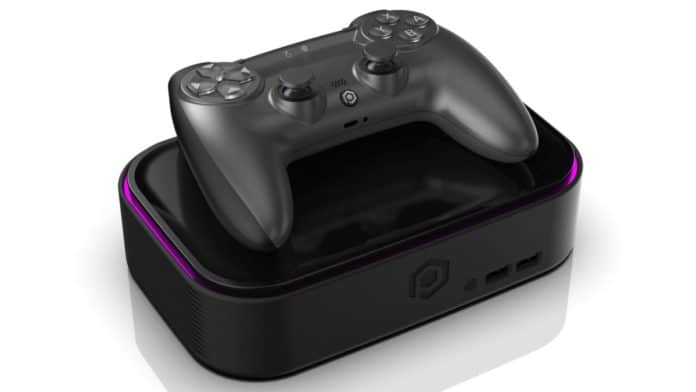 Polium, a company behind Web 3 products, has announced the world’s first multi-chain console designed for Web3 gaming, the Polium One. Apparently, gamers will be able to play games that are on ImmutableX, Solana, Ethereum, Polygon, BNB, EOS, Wax, and Harmony without needing to switch networks or use multiple wallets.

“Web 3 Gaming will be the future,” Polium wrote on social media to celebrate the announcement. “The console will be powerful enough to run high-performance games and will be easy to use for a traditional gamer who doesn’t understand Web 3.”

For the unversed, Web3 has become a catch-all term for the vision of a new, better version of the World Wide Web for the past year or so. At its core, Web3 uses blockchains, cryptocurrencies, and NFTs to give power back to the users in the form of ownership. However, Web3 should not be confused with Web 3.0 or the Semantic Web.

According to Polium, the console will be powerful enough to run high-performance games and will be easy to use for a traditional gamer who doesn’t understand Web 3. This will not only solve a problem but also bring mass adoption of the future of the internet (Web3).

“[…] We want to build a console where winning and losing count so we came up with the idea to combine all compatible games into 1 leaderboard. Players will move up the leaderboard by winning, earning trophies, and voting on proposals. The more you win the more you earn. Not only will this make gaming more competitive and fun, but it will also keep users engaged with the console,” Polium wrote in a Medium article.

“[…] The Web 3 Gaming market size will continue to increase. We are building for the future, not for tomorrow. Polium wants to bridge the gap between Web 3 and traditional gaming. Building an affordable and easy-to-use console for Web 3 gaming is the first major step toward mainstream adoption.”

According to Polium’s website, the specifications of Polium One console will include 4K Ultra HD, TouchID, 8K HDR, Ray Tracing, and up to 120 frames per second (fps). Both 4K and 8K gaming are mentioned as separate features. It even claimed to integrate Apple’s proprietary ‘TouchID’ technology for secure crypto transactions, which seems impossible.

Having said this, the website has now been updated to remove references to 8K gaming and TouchID, and now only mentions 4K UHD and a “Scanner”. Further, the controller will have an integrated fingerprint scanner for an added layer of security, haptic feedback, a touchpad, headphone jack, a ‘wallet’ button, and a toggle allocated to the shop.

Polium says that they are currently developing the hardware for the console, which will be custom and the CPU/GPU will be provided by NVIDIA. It also said that the console’s hardware and software will be built with the help of its community.

The company is expected to have a working prototype of the console in “a few months” with the estimated release date as Q3 2024.

Only those who mint or purchase a “Polium Pass” through “Play” tokens will be able to pre-order the console. A Polium Pass is itself an NFT on the Ethereum network. Those who pre-order will be among the first set of 10,000 people (Polium Pass holders and partners) to get the console in Q3 2024. In Q3 2025, more consoles will be made for the general public with the company’s aim to sell over 1 million units.

Criticism Over The Announcement:

The announcement of Polium One has been met with a lot of criticism and uncertainty, as no functional prototype of the console has been developed yet. Also, there is no clarity on which games will be available on Polium, as the company is currently “in talks with different Web 3 Game Developers”. Some are even doubting the merits of blockchain gaming, and believe it to be a scam.

The company was even trolled on social media for copying a logo that is uncannily similar to an upside-down Nintendo GameCube logo.

Addressing the “criticism and mixed reviews”, Polium in a statement on its official Twitter handle said, “We did not copy the Nintendo’s GameCube logo. There are multiple companies that are using a similar logo. But we will illustrate a new logo that is original.”

As of now, Polium One is just a render and nothing else. It would be interesting to see if it progresses into an actual product and is able will see the light of day. Only time will tell. Keep watching this space for more updates!