Before entering coronavirus lockdown with the rest of Britain in March, 73-year-old Pamela Cox had never shopped or banked online. Zoom was something you did with a camera lens.

Now the retiree is one of many in her generation finding a new IT proficiency later in life; one of the few positives to come out of the deadly pandemic as much of the world starts to scale back restrictions.

Last Friday, to celebrate the 75th anniversary of Victory in Europe Day, Ms Cox’s neighbours in north-west England organised a socially distanced tea party on their road via a newly created WhatsApp group.

“Imagine a few years ago, this (lockdown) would have been a total disaster, but the technology now is fantastic,” Ms Cox, a former secretary, told AFP by phone from her home in Birkenhead, near Liverpool.

“We’ve learned so much these last few weeks for everything we had to do before,” she said, describing a new life of Skype calls with her three grandchildren, attending virtual church services on Zoom, paying bills online and ordering fresh groceries from a local trader on Facebook.

Over-65s are shopping online twice as much as a year ago after being forced to stay at home during the lockdown.

While all age groups have made a greater proportion of online payments since the stricter social distancing guidelines were introduced, record numbers of over-65s have signed up for online banking, according to data from Halifax.

Ms Cox owes her latter-day expertise to training from a company called We Are Digital, which was contracted by Lloyds Bank to advise its older customers in online banking.

“Digital exclusion is higher on the agenda than ever,” said its chief executive, Matthew Adam.

“There’s been more demand for our service than ever before, from big corporates to local councils, the (government) Cabinet Office, the Treasury, worried about their vulnerable customers.”

Training groups such as We Are Digital promise to demystify the process for older people who may have previously resisted smartphones, apps and online services.

In particular, Mr Adam said, the trick is to engage with a client’s personal interests.

“One elderly gent was fascinated by history, and wanted to know more about his wartime service. We showed him how to find information on that,” he said.

Above all, the lockdowns have accelerated use of remote communications as families worldwide have taught older relatives to navigate platforms such as Zoom and Skype to stay in touch.

Isabel Alsina-Reynolds, a London-based filmmaker, said she had encouraged her 83-year-old grandfather to use his laptop for more than the odd email and game of Scrabble.

She installed Zoom and, after disinfecting the computer, dropped it off at his care home with a set of printed instructions.

“We managed to do a video call with him and members of my family all over the world – from Nebraska to India,” she said.

“It was very exciting and I think it will give him a bit more motivation for the week.”

If wonky camera angles, dodgy audio and blurry backgrounds have become a mainstay of lockdown life, the videoconferencing revolution is part of a broader shift to digital services that was already well under way.

Governments and businesses have long been touting their online portals as a way to enhance efficiency and to save money for themselves.

But demographics such as older and poorer people have proved stubbornly hard to reach.

The current crisis could change that, Mr Adam said.

“Cynical people might say that banks and the like are just going to use this to accelerate the closure of (local) branches,” he said.

“But it seemed like that was the way of the world anyway before the pandemic.”

Ms Cox would still prefer to pick out her fruit and vegetables in the shop, and resume human contact with her extended family. But she feels there is no going back now she is confident with online tools, and emphasises that the new technology has restored a form of community spirit.

“Before, we didn’t really see the neighbours much except to wave, but now we’re all best friends,” she said, pointing to lively chats and tips on her road’s WhatsApp group.

“It’s been dreadful for people who’ve been ill and died, but the fact we’ve gone back in time a bit, it’s like the old days when you could leave your front door open.” 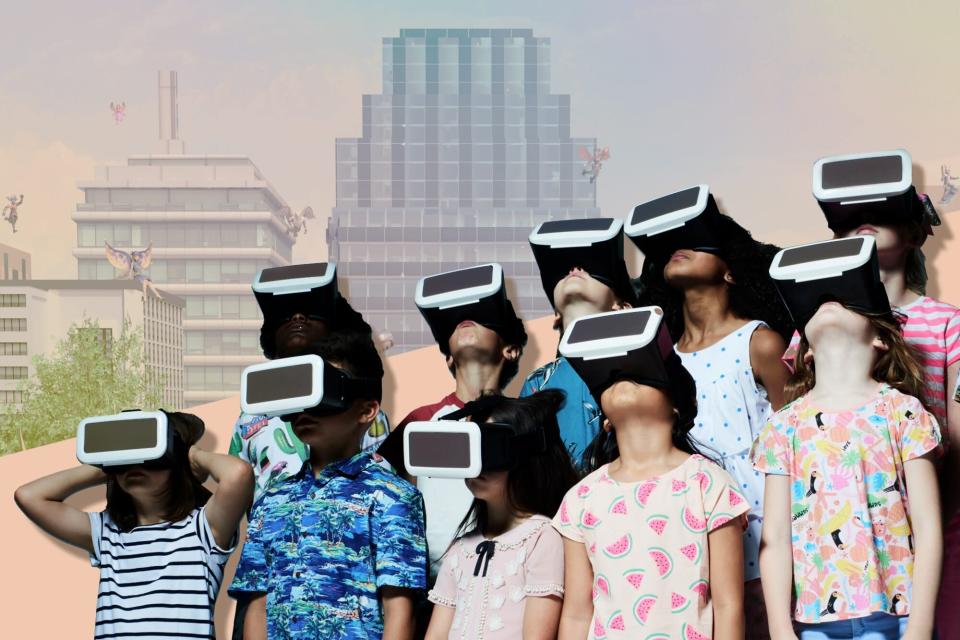